Some Excuses and If You Want It, Black Rooster It #4

29 May Some Excuses and If You Want It, Black Rooster It #4

Posted at 08:17h in Life by Christine Dovey 15 Comments
Share
Hi all.
I have to apologize for my unplanned blogging hiatus…was totally out of my control.
Monday was spent in emergency with my little big guy…after skinning half his body on Sunday morning thanks to a new pair of ‘go fasters’ that went waaaaay too fast, he accidentally whipped a bucket of sand in his face and ended up with a nasty eye infection and scratched cornea…so not fun.
And on top of that, I found myself admitted at the same time with some eye craziness of my own.
I suffer from chronic migraines and they’re not fun or typical…they seem more like tension headaches because I sort of have them to varying degrees all the time…except when I’m preggers…they magically disappear then, which is part of the reason I adore being knocked up…anyhoo…the stupid things came back about a week ago and I’m not a happy camper to say the least. Part of what I get is weird eye disturbances like sensitivity to light and different sized pupils…on Monday, just before taking dude to the hospital I had a crazy ass aura and it scared me half to death because I’ve never had one before…the only way I describe it is to say it was like my right eye on acid and decided to put on a magic drug induced light show just for fun…zig zaggy neon lights striping across my eyeball…I seriously thought I was having a stroke or something…my hypochondriac tendencies drove me into an anxiety pit that had self-diagnosed brain tumours, hemorrages, and bleeds happening at lightening speed…again…very much not fun.
Thankfully, the doctor put my mind pretty much at ease and assured me it was a classic migraine aura and not to worry.  The strange thing is though, I never get a classic migraine headache…it’s more like constant face aching and my eye with the funny pupil feels strained.
Anyways…it sucks but could be worse so I’ll try not to whine about it anymore…any of you peeps ever have something similar?  Safety in numbers as it were;)
So, that was Monday’s excuse.
As for yesterday, I woke up to find my internet down…silly Bell disconnected our network by mistake when updating our plan so I was without computer goodness for about 24 hours…let me just say that being home all day with kids and without the internet is ICE-O-LAY-TING…
I did not enjoy it.
Thankfully, we’re back in gear and just in time for Wednesday’s edition of… 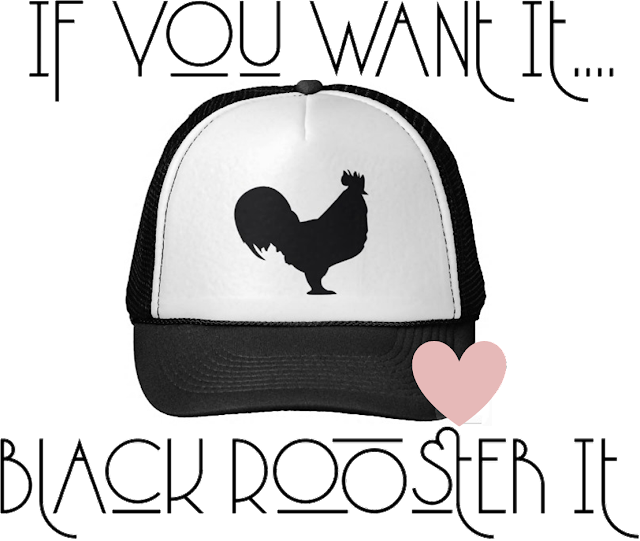 …and since I gave you nadda for 4 days, I figure I should probably make this one good so I’m going with this classically loved living room as inspiration… 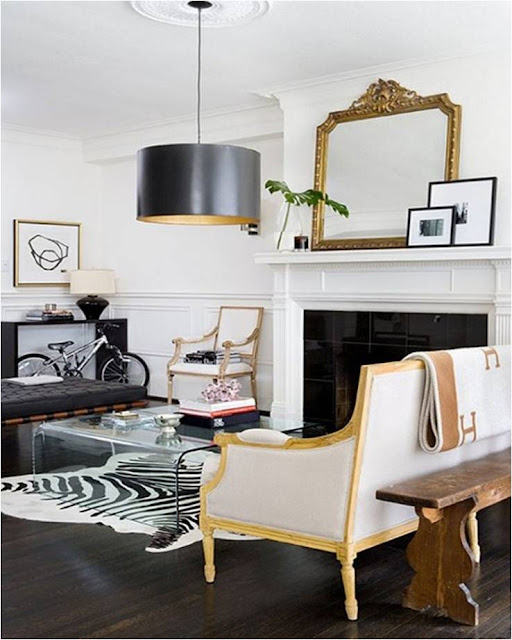 …and here it is Black Rooster styles… 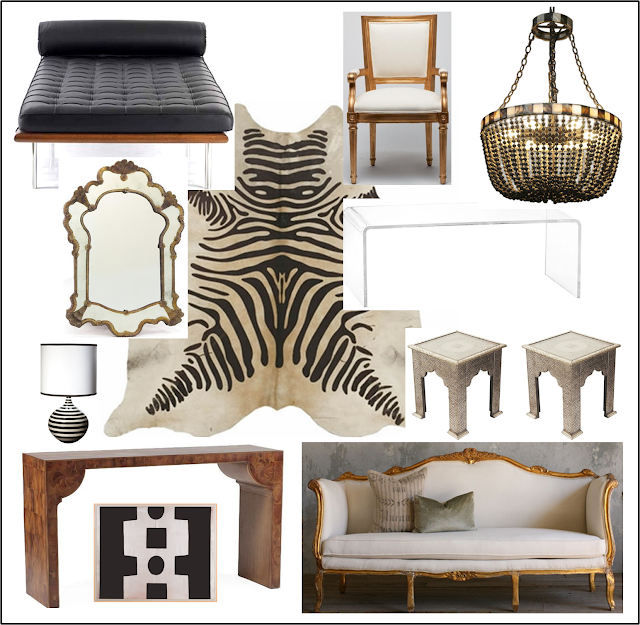 You’ll notice that I made the console table woody instead of black…wanted to make sure I got that organic element in there…and for behind the settee, I used two benches that definitely have the same artisan flair as the original…also, the ceiling fixture is definitely different but gives the room the same colour tones as the original and adds the same hit of drama.
All in all, she’s pretty close and proof again that most any space can be put together with one stop Black Rooster shopping.
Go here for the goodies:
Barcelona inspired daybed
Zebra Hide
Chair
Chandelier
Acrylic coffee table
Arabic tables
Vintage sofa
Console table
Lamp
Artwork
Mirror
I’ll be back tomorrow with news on a new project I’m working on…I’m doing a little design down-under so stay tuned:)
xo

if you want it black rooster it, me, moodboard